Shock: Maybe We're Owed A Little Something After All 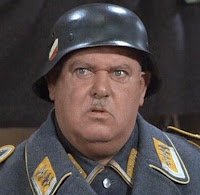 I have run across the position of those first sentences and the attitude described in the last taken by zealous folk when discussing God. Truth be told, I may have taken it myself at one time or another. At this point in my life, however, I'm not sure it's tenable. Certainly, none of us would argue for such a position being justified among humans in positions of authority; for example, pet owners.

How could such a position be anything other than callous and oppressive for anyone in a powerful position? Claiming it for God casts him in a very Marie Antoinette-like light. I see absolutely no upside in doing so. A holy and just God merits a better defense than to be cast in that tyrannical light!

Does God not have obligations to sentient beings given his decision to create them? After all, they did not wish themselves into existence with their capacity to (even the inevitability that they would) go against God. I think God does have some responsibility, especially since such souls are eternal and risk everlasting fire. God certainly acts like he has some parental obligations. Perhaps we should take our cue from him regarding this and not press Romans 9:16-24 beyond reasonable measure.

Time continues, giving opportunity for humans to be made right. God has stamped a witness into creation and poured out his Spirit profusely. We have been given all things, including Christ, even holiness is ours if we want it. We may turn our backs upon the responsible provision of God and be left to our fate, but thankfully, God is not so callous that he didn't feel the compulsion to provide.
Posted by SLW at 10:20 AM 4 comments: Links to this post