Once Saved, Not Always Saved

As addressed in the Apocalypse, the churches at Ephesus and Thyatira were such that apart from Christ's penetrating gaze below the surface, they would look to be fantastic churches. But Christ found fault with the believers there, and not of a minor nature. The churches at Ephesus and Thyatira were threatened with eternal loss (though veiled in figurative language) because of what Christ saw. I would think these threatening statements would go a long way toward destroying the conception of once-saved-always-saved.

In the case of the Church at Sardis or Laodicea, even though neither church had much to commend them for, the threat to ultimate salvation was as clear, maybe even clearer. There were in those congregations folk who were just not persisting in the obedience of faith. That is not a situation Christ is willing to overlook. What I infer from this is that true faith can become the sort that isn't, and if it isn't, it holds no weight in the eyes of him who matters.

Who would argue that the letters are not written to what Christ considered genuine churches? What he could commend in them he did, what he couldn't, he sought to amend. The assumption seems to have been that the members of these churches were part of the kingdom, but that their status as such was in danger. Those considered presently part of the body of Christ by Christ could end up not retaining that status if repentance was not forthcoming. Their status could be considered Once-Saved-Not-Necessarily-Saved-Thereafter, it seems to me.

If Adam and Eve, pristinely, immaculately made by God, can fall from belief into estrangement with God and sin, then anyone with less wholeness (i.e. all the rest of us, even the born-again) can fall too. If those born-again would fall, they'd be just as lost as Adam and Eve and the host born to them afterwards. If humans as perfect as they can be this side of eternity fell from a state that was deemed "good" in God's sight into unbelief and separation from God, then why would anyone in Christ think he or she could not?
Posted by SLW at 3:36 PM 2 comments: Links to this post 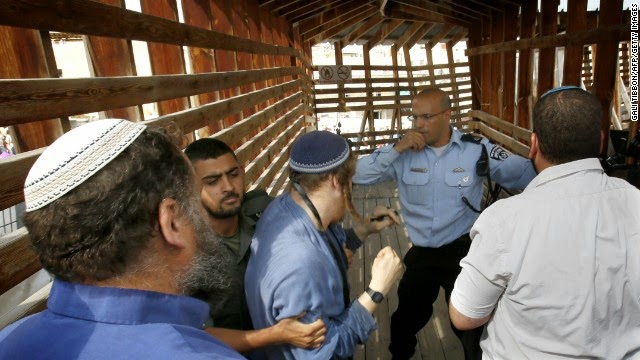 This, this and this make an interesting coalescing of circumstances. The revival of the King of the North, the rebuilding of the Temple in Jerusalem, and the arrival of the False Prophet are all significant occurrences within the framework of end-times prophecy, and all will occur within a relatively short span of real-time.  It is interesting, at least, that there are stirrings on all three fields at the same time.
Posted by SLW at 8:34 AM No comments: Links to this post